Scotiabank has updated its iPhone app today to bring a new design with a side navigation menu, plus support for the iPhone 5’s taller screen. There are also now quick links for faster access to frequent transactions. The company notes your feedback has added to these recent changes.

Thank you for your continued feedback; your suggestions have fueled many of these changes 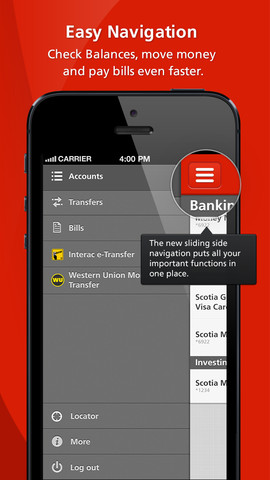 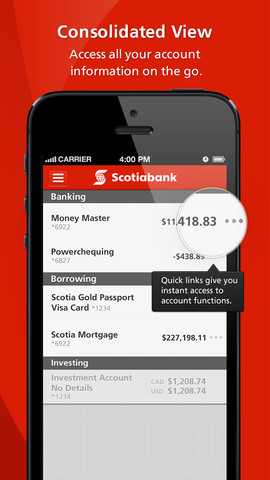 Click here to download Scotiabank for the iPhone–it’s free. Let us know what you think of this latest update if you’re a Scotiabank customer.