iPhone 6 and iPhone 6 Plus users can now update the Scotiabank iOS app as it finally brings screen optimization for Apple’s latest smartphones. Also new is a Quick Balance widget for iOS 8 users, so they can easily see their balance within Notification Centre. 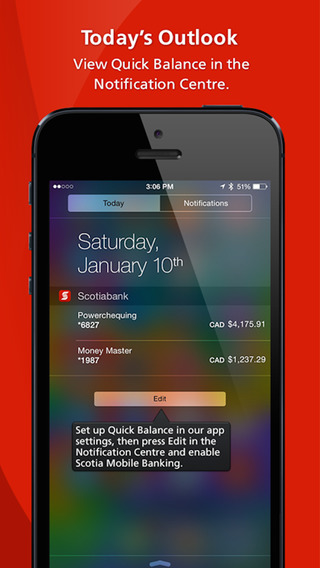 To add the Quick Balance widget, users need to setup the feature within the app’s settings first, before they can add it to Notification Centre (swipe down, tap Edit, then add Scotiabank).