‘Signal’ Lets You Make Free Encrypted Calls from your iPhone

Signal is a new app which aims to bring you free and simple encrypted calls from the iPhone. The app is based on free and open source software to ensure complete transparency. Users download the app and can make calls to each other for free, like Skype. Calls take advantage of RedPhone’s server infrastructure, to route calls worldwide locally.

According to the company blog, here’s how they describe the app:

Signal uses your existing number, doesn’t require a password, and leverages privacy-preserving contact discovery to immediately display which of your contacts are reachable with Signal. Under the hood, it uses ZRTP, a well-tested protocol for secure voice communication.

Signal was designed specifically for mobile devices, using a jitter buffer tuned to the characteristics of mobile networks, and using push notifications to preserve battery life while still remaining responsive. Signal is also Free and Open Source Software, allowing anyone to audit the code for correctness or help contribute improvements. The project even pays out a percentage of donated Bitcoin for every merged pull request. 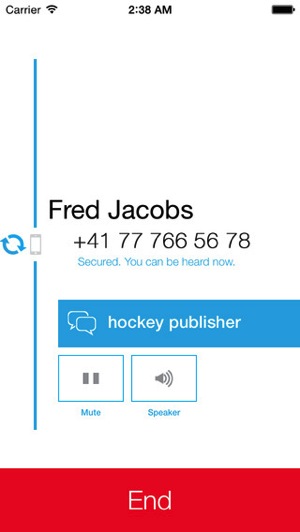 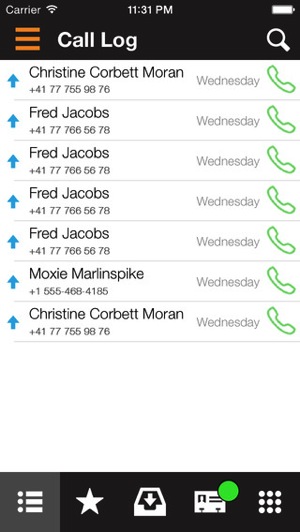 Signal does not leave any metadata behind on your calls and if someone was prying they would only see the company’s servers, which don’t keep any call logs, while encryption is done locally on your iPhone.

To setup the app, it is linked to your phone number and it will require SMS verification and also have access to your contacts and the microphone.

In our quick tests with the app call quality was average, and pales in comparison to Skype, which was much clearer in our tests. Even FaceTime Audio was clearer. Nevertheless, it’s a decent start since calls are encrypted end-to-end.

The developers tell The Verge they are working hard to improve latency with calls:

“A big piece of call quality is latency,” says developer Moxie Marlinspike. “If you’re in Asia and you call someone else in Asia, you don’t want the data have to go through Canada.”

“Our objective is really to focus on user experience,” says Marlinspike. “When it comes to something like secure voice, that’s really the hard part.”

Coupled with Telegram, Signal can help secure your communications if you’re paranoid or wary of governments listening to your calls or messages. The app is simple to use and easy to setup.