After a month of testing the service, Open Whispers Systems has announced (via Engadget) that it is releasing encrypted video chat to Signal users. The February update of Signal, the encrypted chat app, included an option to sign up for the beta version of the video chat feature. Now, Open Whispers Systems says the feature is ready, so you can safely chat using your iPhone’s video camera from within the app without fear of spy agencies eavesdropping on your conversation. 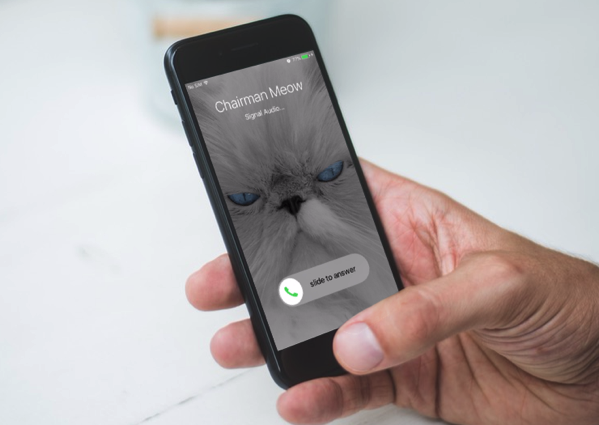 To enable the video calling feature, Open Whisper developers used CallKit, an iOS 10 feature, which enables deep integration with Apple’s mobile operating system. This means you can answer video calls right from the lock screen, initiate a call from the contact app, and see your Signal calls on the “recent calls” list.

Of course, not everyone wants to see that, especially considering that iOS syncs the recent calls list with iCloud, so Signal now has an option to list the caller as “Signal user”. Theoretically, the same caller ID appears if you have missed the call, so you would really want to answer it; otherwise, you wouldn’t know who has called you. But that’s not confirmed by the announcement. It is also possible to disable CallKit entirely.

Another feature Signal has added with the latest release is P2P (peer-to-peer) connections for the call. This could reduce call latency, but it also has the “potential disadvantage” of exposing your IP address to the remotely calling peer. By default, Signal will only attempt to establish a P2P connection if you are calling someone from your contacts. All other calls will use Signal’s service.