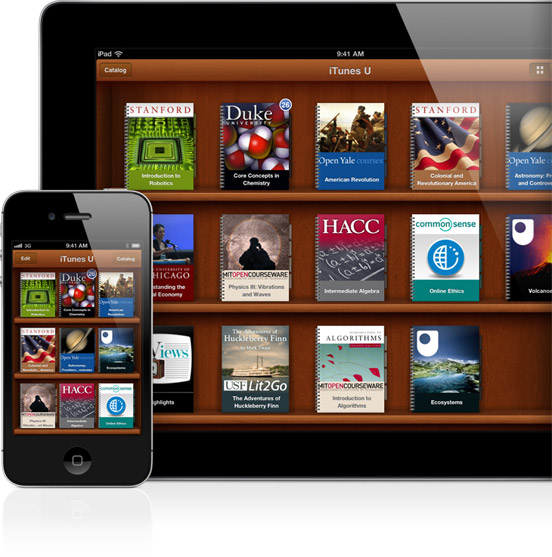 Stanford and Open University have each exceeded over 50 million downloads via iTunes U, Apple’s offering of free university courses that started over seven years ago, as noted by The Loop. In January, a dedicated iTunes U iOS app was released by Apple that has made navigation of and consumption of courses much easier than before.

Open University has more than 1 million active subscriptions and since it launched on January 19th, and now has more than 40,000 downloads per day to go along with their 50 million downloads of course content. Their most popular course?

Our most popular course on the iTunes U iPad app The New Entrepreneurs has over 100,000 active subscribers, with another six of our courses having over 50,000 subscribers each.

Stanford achieved the 50 million downloads milestone on March 14th. Their course on programming for iOS has had more than 300,000 people enroll since January. What’s the most popular download?

The most popular offerings are in engineering, where students can learn to build an iOS app or study quantum physics under one of the fathers of string theory, Leonard Susskind.

It was at Stanford where Steve Jobs gave one of the most memorable and inspirational commencement speeches of our time, in 2005.