This week’s Starbucks ‘Pick of the Week’ is not an app, but a free song from iTunes. It appears each week the picks alternate between an app and a song, a couple weeks back we saw a Leonard Cohen single. Last week, we saw EA’s version of Tetris for iOS up for grabs (prior to that, popular photography app Snapseed was available).

This week we have the Paul McCartney’s cover of the classic Ac-Cent-Tchu-Ate-the-Positive, as part of his 2012 album, Kisses on the Bottom (thanks @YVRBCbro!). 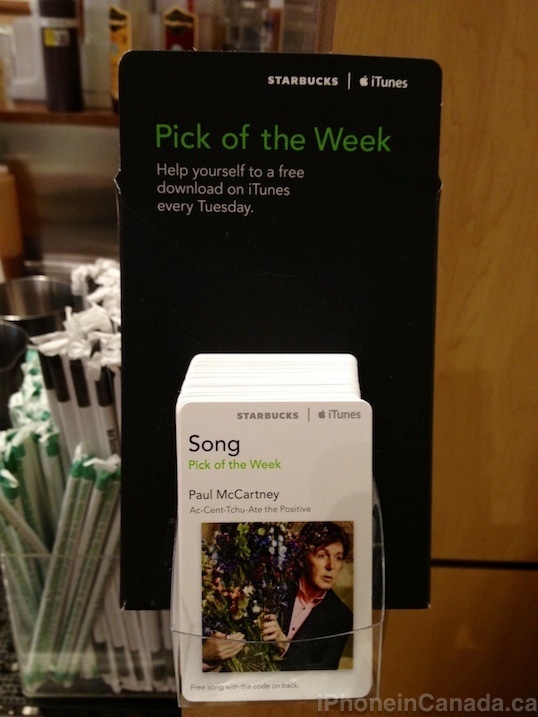 Bonus! If you’re reading this post, grab one of the free promo codes below for Tetris.  You’re welcome (thanks to @jonathanderson9 for sending them in.)! 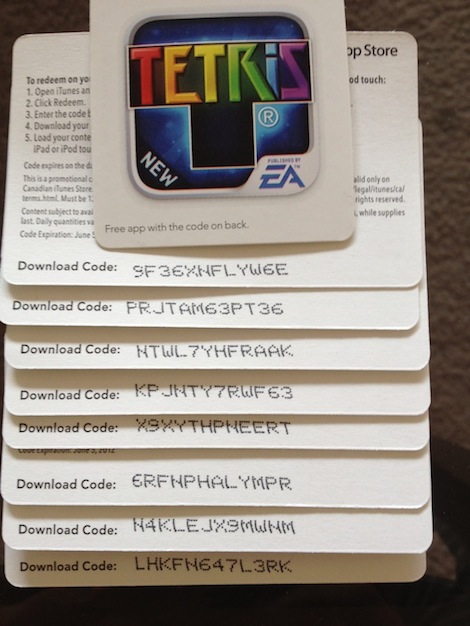