TD Canada Trust has updated their iPhone app this morning to allow for the transfer of funds between Canadian and U.S. dollar accounts based on real-time exchange rates. The new 6.0 app also comes with some “minor visual enhancements” as well.

What’s New in Version 6.0
Updates include: 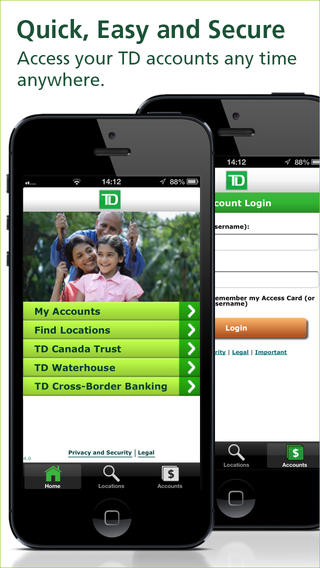 The app did not implement photo chequing yet, as that feature seems to be taking its time in Canada. CIBC is the only ‘Big 6’ bank to allow cheque deposits, while various credit unions and Tangerine (formerly ING Direct also allow the feature.

The TD Canada Trust app was launched back in spring of 2010 and guarantees 100% reimbursement if there was a mobile transaction you did not authorize.

Click here to download TD Canada for iPhone—it’s free. Let us know what you think of version 6.0.