Banks in the USA have long been able to deposit cheques via images taken with their iPhone camera, such as the Chase Bank app, which has had more than $3 billion US cashed since July 2010. Last March, a report by NCR in Waterloo noted Canada’s ‘Big Six’ banks were in a race to offer ‘photo chequing’ by the end of the summer or soon after. That never materialized as we have yet to see a Canadian banking app with this feature.

So it looks like one of Canada’s largest credit unions has beaten our ‘Big Six’ banks to the punch to deliver an iOS app to include cheque deposits via the camera. Westminster Savings, based in Metro Vancouver is set to update its iOS app with a new ‘Deposit Anywhere’ feature to allow its customers to securely deposit cheques on their iPhone, iPad or iPod touch using the camera. The company claims they are the first financial institution to offer this service in Canada to all personal and business customers:

“People are very busy these days and often rushed, and Deposit Anywhere helps our members Achieve better balance by making it simple, easy and convenient to safely deposit cheques anytime from anywhere, all without visiting a branch or an ATM,” said Ed Brett, Assistant Vice President, Product and Channel Management. “It’s like having a Westminster Savings branch wherever you happen to be.” 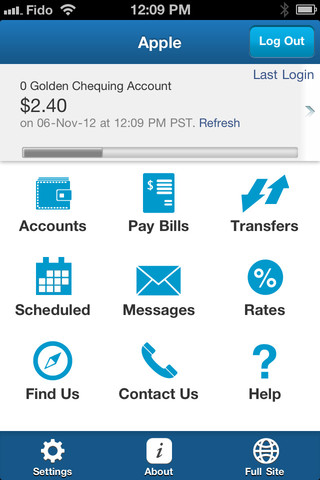 The app update will arrive on Wednesday, April 17th in iTunes and will surely make those who need to deposit cheques much happier as it will save a trip to the credit union. According to the Canadian Payments Association, cheques still represent nearly 40 per cent of personal and business payments in Canada, despite the growing trend towards digital payments.