TD Canada has updated their iPhone and iPad apps to include a much requested and anticipated feature: photo chequing. TD Mobile Deposit allows users to snap cheque images from iPhone or iPad to make deposits, part of an overall update for iOS 8 as well.

How we’ve made it better:
•TD Mobile Deposit: Deposit your cheques by taking a photo with your smartphone in a snap. Visit the TD Mobile Deposit page to see how it works. www.td.com/mobiledeposit
•iOS8 compatible
•Minor Updates

Users just select the account they want deposits to be made, enter the cheque amount, then take images of both the front an back of the cheque: 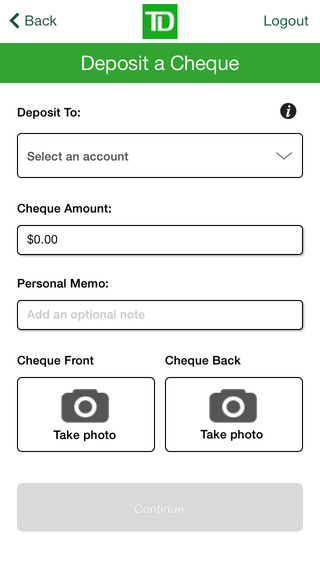 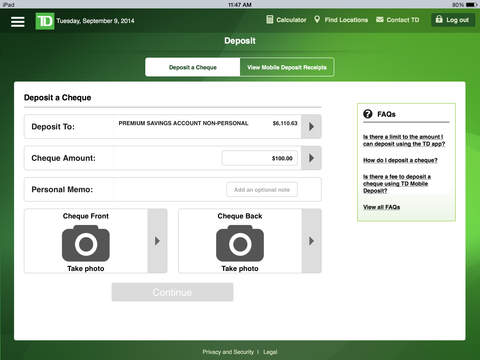 TD Canada finally joins CIBC and Tangerine, along with a plethora of credit unions that have already implemented photo chequing. TD Canada Trust for iPhone received a 6.0 update back in late July, and in less than two months, photo chequing has finally arrived.

Update: Is the TD app frozen when you try to register? Try deleting and reinstalling the app, as that has worked for some (thanks Chris).