The TELUS Network Experience app has received a 2.0 update today, which brings better data collection from customers regarding network issues, along with some interface enhancements and bug fixes. 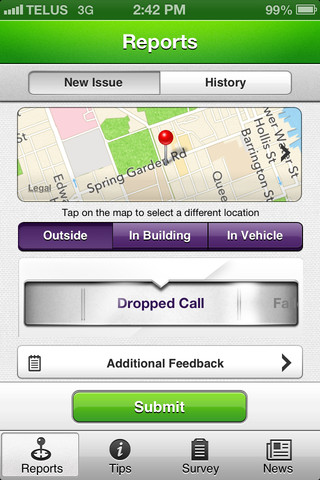 The app first launched last February to crowdsource customers and allow them to provide feedback to TELUS on where network reception is poor, so weak spots could be addressed and optimized. The app requires a TELUS SIM card to be installed in order for it to launch on your iPhone.