The Globe and Mail: News iPhone app has been updated to fix a crashing bug based on their previous update back in early June. When users updated to that version and tried to load a customized layout, the app crashed immediately. This latest update, version 2.0.13 addresses that crashing bug, which was the result of a move to a new publishing platform.

I just updated the app and tried a custom layout. The app actually did crash on me a few times, but after re-opening it a few times it now seems somewhat stable. I don’t know what they did but this great news app still need some more work to fix bugs. They Globe and Mail dev team does note a reinstall could also fix the crash issue too. Let me know if this latest update works better for you than the previous version. 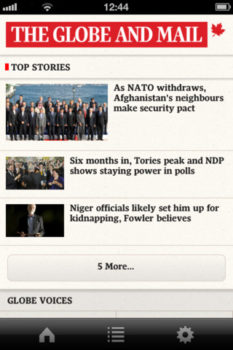 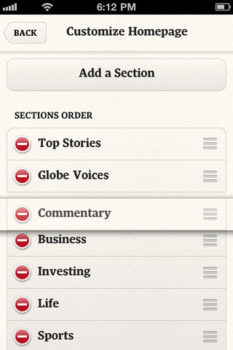