The Transit app is a creation out of Montreal and offers elegant bus route info for Montreal, Toronto and Quebec City. It’s a free download that utilizes your location to bring you full bus schedules including routes and departure times.

The app uses live data from the GTFS Data Exchange, so any transit agency listed here can be supported in the app, which the company plans to implement eventually. 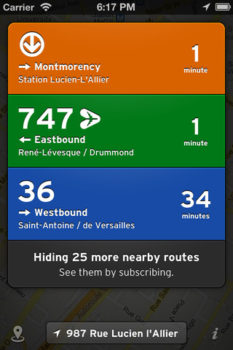 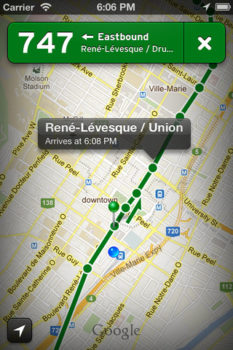 We spoke with the Transit App team, and they told us support for Eastern Canada in cities such as Halifax, Ottawa, Fredericton will be here in the coming weeks, then they will move west to Winnipeg, Calgary, Edmonton, Vancouver in the following month or two. After that, they will target cities in the U.S.

I wasn’t able to fully test the app as Vancouver is not currently supported yet, but the design and layout of the app is reminiscent of other elegant looking apps such as Tweetbot. 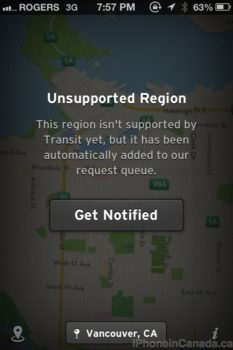 The team also plans to provide transit directions when iOS 6 hits this Fall and hopes Apple will support and feature their app as an ‘early adopter’. Apple told us at WWDC they want transit data to be supported via developers in iOS 6. With an app that looks this good, I’m pretty sure they won’t have a problem getting noticed.

The Transit app is free, but has in-app subscription purchases if you want more features. Subscriptions ($0.99/1 month, $2.99/6 months, $4.99/1 year) receive offline data and all routes within a 1.5KM radius. The free version only provides online data with info on your three closest routes. The choice is yours.

Update 1: Here are a few more pics (thanks Andre!): 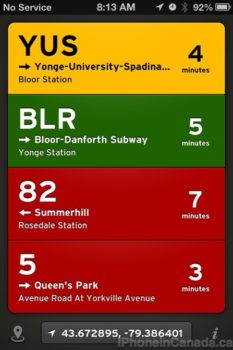 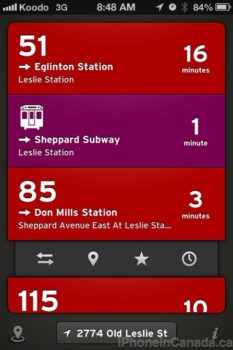 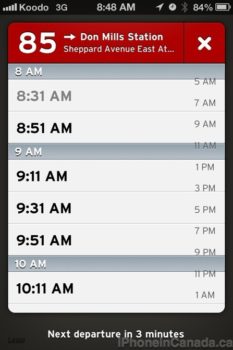 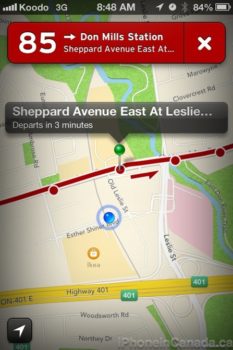