Toronto’s theScore has released financial results for their 2015 Q1, which resulted in a record number of monthly active users of its mobile platform, now reaching 10.2 million, an increase of 112% compared to the same period in fiscal 2014.

“2015 is off to a great start with more than 10 million sports fans now using theScore as their go-to mobile sports platform,” said John Levy, Founder and CEO of theScore. 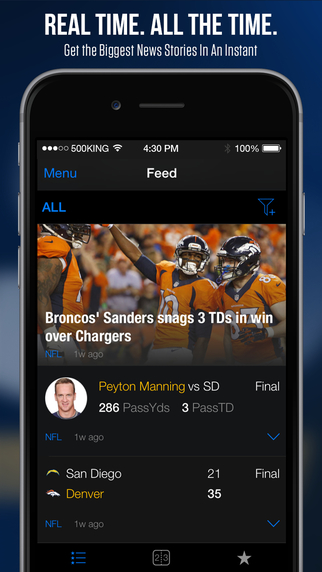 Last February theScore announced it had reached 5.1 million active monthly users and it appears the sports app continues to gain in popularity, helped in part by its $16 million in private placement financing secured back in spring of 2013, to break into the U.S. market.

theScore for iOS was recently updated to support the iPhone 6 and iPhone 6 Plus. What’s your go-to sports app on iOS?