theScore, an app for iOS and Android, is designed to give users the best mobile sports experience with live scores, stats, news, alerts, and more.

Today, the company behind the mobile sports app announced they have set a new record, with 5.1 million sports fans using the app in January. The latest statistics show a 42 percent growth in monthly active users year-over-year. User engagement also grew in January, up 93 percent year-over-year, reaching about 161 million users. 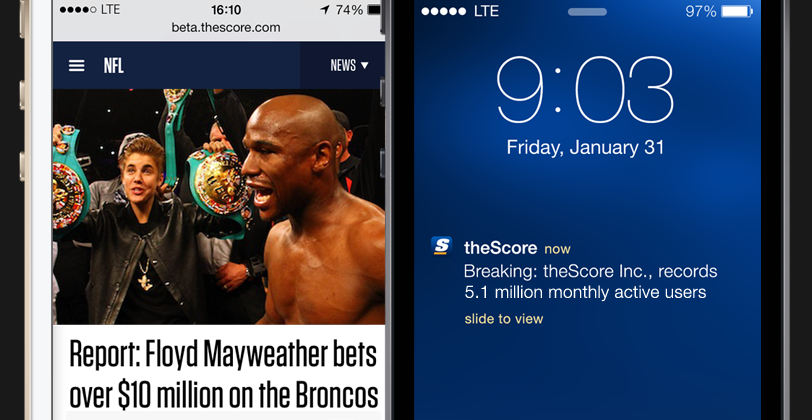 “Passing five million monthly active users and seeing such enormous growth in user engagement is testament to the hard work of our team in creating a truly comprehensive and personalized experience for sports fans on mobile devices. We thank every single person who uses theScore and look forward to continuing our growth by introducing millions more to our unique, mobile-first approach.”

Sports fans can enjoy in-depth coverage on theScore in the coming weeks for events including the Winter Olympics, the NCAA Men’s Basketball Championship, the NHL play-offs, and the World Cup in Brazil.