Now that the Stanley Cup Finals and NBA Finals are over, the next thing on most people’s minds are the upcoming drafts for both leagues, which usually gives a preview of future superstars.

theScore is set to push out live in-app coverage of both drafts, with the NBA Draft to take place on June 27th and NHL Draft on June 30th. These ‘Draft Trackers’ will offer real-time information for fans such as the following:

Currently the NHL “Mock Draft” of Draft Tracker is already live to give fans a preview, under the News section of the app. 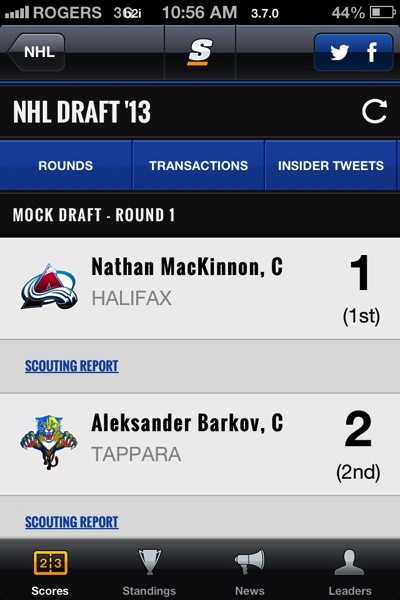 Click here to download theScore for iOS–it’s free. Let us know if you’re going to be following either one of these drafts live.