Update 1: EA has posted this download is free for this weekend only, not just today.

If you’re a golf nut, you’ll want today’s free app of the day. It’s Tiger Woods PGA Tour 12, the premier golf simulator made by EA. This app have previously been on sale for 99 cents but for free is even better. The download is over 200MB, so it’ll require a WiFi connection. Get this now!

Thanks for the tip, Danny! 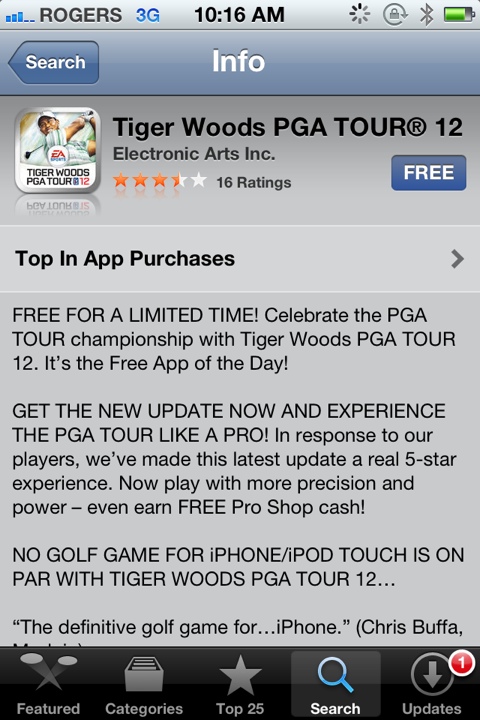