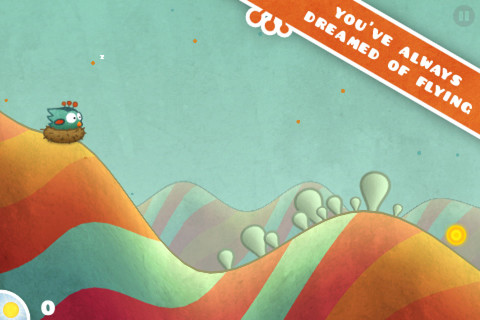 Many games come and go on the iOS platform. There are many developers out there, hoping to cash in on the popularity of the iPhone, iPod Touch, and the iPad. The bar seemed to be set by Rovio’s Angry Birds, and few developers have been able to even touch that kind of popularity. One of the games that has come close is Tiny Wings.

Tiny wings is a simple but highly addictive side scrolling game that has you helping a cute bird with tiny wings, try to fly high in the air and discover new lands. The game grabbed the number one spot in the App Store for some time. We haven’t heard anything from them lately, but this teaser trailer sheds some light on what we can expect from Tiny Wings 2.

As you can see from the teaser trailer, we don’t really have any details other than the release date. Tiny Wings 2 launches July 12th, on iOS. No word if/when Tiny Wings 2 will hit other mobile platforms.

What do you think the next instalment will bring? More of the same, or will we see some exciting new gameplay?