Toronto-based Datapult has officially announced their free iOS app called ‘achu’, which works with your Fitbit to predict when you’ll get sick.

You download the app, then sync it to your Fitbit. When you have symptoms of feeling sick, such as fatigue or fever, you enter this into the achu app, which will then use your Fitbit data to notify you in the future when you’re showing similar signs of an illness coming on.

The company says their proprietary technology tracks your body patterns to alert you ahead of your cold or flu, by matching past data. The app also gives daily health tips to encourage users to lead a healthier lifestyle to prevent illness. 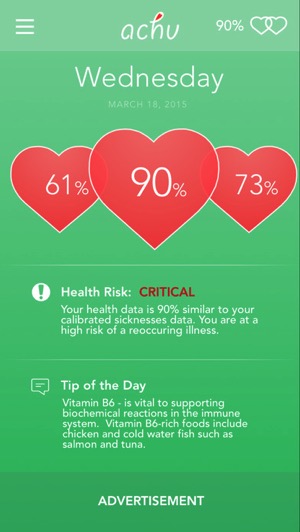 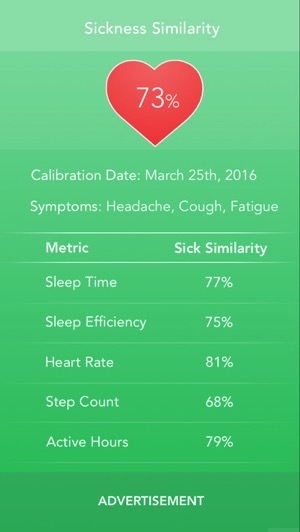 “We realized that there was a significant need for an app that can use the data that we are actively feeding into our health trackers and wearables daily that would really make a difference in predicting our future health, not just seeing what we’ve done in the past,” said Tony Peticca, founder of Datapult. “achu uses data from past patterns in our activity that leads to a cold or flu, and enables us to take more control over recognizing those patterns going forward so that we can take the appropriate actions to fight the oncoming illness.”

It’ll be up to users to decide whether they want to share their health data with this app, but if you have a Fitbit, this app appears to bring new life to your wearable, if you want to get alerted when you may be sick. Most of the time, by the time symptoms come around, can you really prevent getting a cold or flu?