Just a quick heads up for those looking to get some iTunes Cards on sale. Below are upcoming 20% off deals on $30 multipacks from Rexall, Safeway and Shoppers Drug Mart: 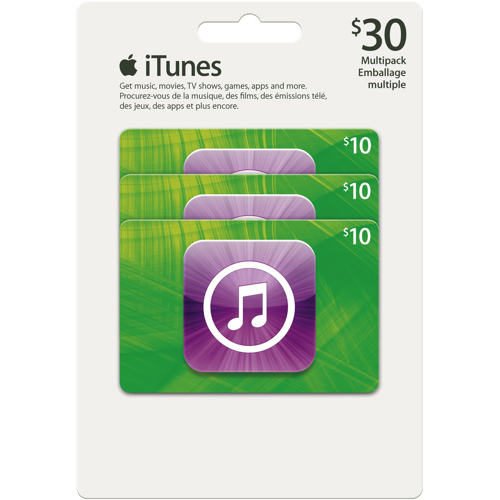 These iTunes Cards can be used to fund the balance of your Apple ID and be applied towards any digital purchase from iTunes, the App Store and the Mac App Store. By funding your account with 20% off cards, that means you get discounts on every impulse app or in-app purchase your fragile mind succumbs to (i.e. buying that Lambo in Real Racing 3). Let us know if you’re going to jump on this!

Update: Here’s the update for the sale at Shoppers (thanks Mike):

A little bit of searching and they found the discount code: 4096 and then they enter the $6 discount.