Victoria Launches ‘ParkVictoria’ to Pay for Parking from your iPhone

British Columbia’s capital city finally has an app to allow residents to pay for street parking from their smartphone. The new ParkVictoria app was officially announced for iOS and Android users, allowing users to pay and track parking times with included push notifications.

Manager of parking services Ismo Husu says of the 10,000 daily parking transactions, roughly 10 percent of these are performed at on-street pay stations, according to the Times Colonist. With the new ParkVictoria mobile app, he predicts mobile transactions will reach 30 percent.

What makes ParkVictoria’s system unique is it allows people to shut off their parking time when they are finished—and get refunded any remaining time. According to Husu, to his knowledge only St. John’s, N.L. and down in San Diego are the only other North American cities that offer parking refunds.

The system cost $90,000 to setup based on technology from Charlotte, North Carolina-based PassportParking, which is similarly working on a system for Toronto (and has also serviced systems for cities like Chicago and Omaha). 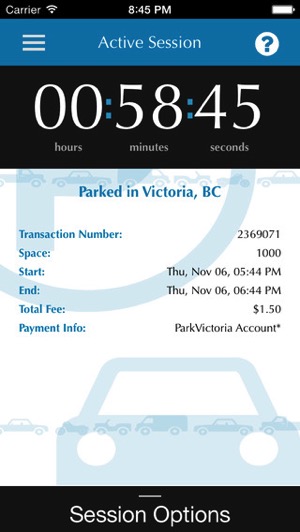 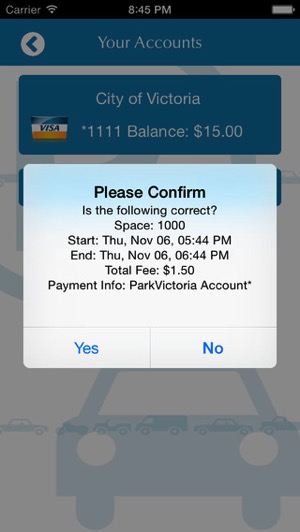 The iOS app is fairly simple to setup as you can verify yourself via text message or a phone call during the setup, which includes an option for auto-login. Next, just enter in a parking space number plus your credit card details (which are saved) and you’re ready to go. There are options to enable push notifications for a 15-minute alert, plus the ability to have parking receipts emailed to you.

It’s about time Victoria setup mobile pay for parking options. Using those on-street pay machines is always a tedious and slow experience. Let us know how ParkVictoria works out for you!