Are you already playing the app Draw Something? This simple, yet addictive app has gone viral thanks to its unique game play with a friend, and in just five weeks the app has surpassed 20 million downloads, with over 12 million active users, more than Foursquare and almost reaching Instagram levels (which recently hit 27 million users).

In its early beginnings, the app drew 1.2 million downloads in ten days. Now? It’s the number one app in 79 countries, has produced more than 1 billion drawings, and is earning CEO Dan Porter and his team of 40 employees six figures of income per day. 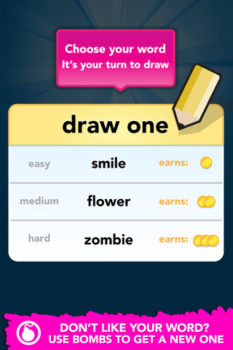 I’ve been playing Draw Something casually, and what I liked about the game was the ability to ‘watch’ your opponent’s guess or illustration being played back to you. That, is definitely pretty awesome. It’s like Pictionary with a friend via your iPhone.

Are you playing Draw Something?

Click here to download the free version of Draw Something. The paid version is $0.99 and has the ads removed.