You may not have heard about Ted Livingston, but Kik Messenger may be familiar – maybe you are even using it. Well, this 28-year-old entrepreneur is the creative mind behind Kik: he founded the popular chat app available on all major mobile platforms. 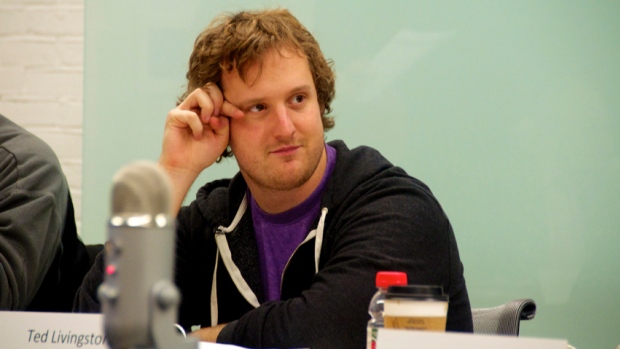 The Globe and Mail today published a lengthy profile of Ted, as he now runs a company that employs 110 people – 80% of them are focused on software development – and Kik has surpassed 240 million users worldwide, most of them kids aged between 13 and 19.

As the recent stats show, Kik ranked among the top stickiest apps in the US, among popular names such as Netflix, Snapchat, Google Maps, Pinterest, and Gmail. Since its launch in 2010, Kik’s growth has been unstoppable, which has catapulted the startup to a valuation of more than $1 billion.

Kik’s story starts in 2005 when Livingston joined the University of Waterloo and started working on a music app that would let users share songs with friends via BlackBerry’s BBM chat app – he has spent three co-op placements at BlackBerry, as well. Fast forward to 2009: He quit Waterloo and started working on the app, then called Unsynced, full time. A year later, in April 2010, Kik Messenger went live on BlackBerry, iOS, and Android with roughly 50,000 users.

The road to success wasn’t that easy: Livingston had to deal with a lawsuit from BlackBerry, which claimed his startup had violated its mobile text patents and accused him of co-opting BBM’s trademarked logo, as well.

“The suit made it pretty personal,” says Livingston. “Like, ‘We just want to let you know Ted worked at BlackBerry, he signed his employment agreements, he signed his non-disclosure agreement, and he worked with the consumer product management team where BBM was.’” The implication, Livingston says, was that he stole the idea for Kik from BlackBerry, which was then at the peak of its power.

But as of now, Livingston is the head of a highly successful chat app, made in Canada. You can read the full article by following this link.