CEO of popular cross-platform messaging app WhatsApp has said that the company is planning to introduce a yearly subscription service to its iOS app later this year, where new users would pay annually to keep using the app, TechCrunch is reporting. He added that a one-off download fee will be removed from the iOS version, bringing it in line with the app’s distribution on the Android, BlackBerry, Nokia and Windows Phone platforms. 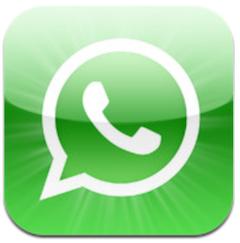 Company CEO Jan Koum was talking to Dutch journalist Alexander Klopping when he made these comments. He also said that WhatsApp is not likely to be making a desktop version of its service any time soon. “We feel strongly that the world is moving to mobile and [so] we want to be mobile-only”, he said. When asked about adding live streaming video to WhatsApp, he said “definitely not this year.”

The new subscription model would apply to new users, Koum said, and would likely follow the same pricing structure as its other apps, which are free for the first year and then cost $1/year, compared to the single, for-life $0.99 purchase that users make on iOS today. “We’re relaxed on dates, but definitely this year. It’s on the road map,” Koum said.

WhatsApp is currently one of the most popular messaging apps around, with 17 billion messages transmitted daily.