Apple has just updated its WWDC iOS app to allow developers to download session videos to watch right on their iOS devices.

The update now allows you to stream or download videos from current and previous WWDC sessions, plus start watching on one iOS device, and pick up where you left off on another.

What’s New in Version 2.1
Now you can download session videos to watch on your iOS devices. This version also includes bug fixes. 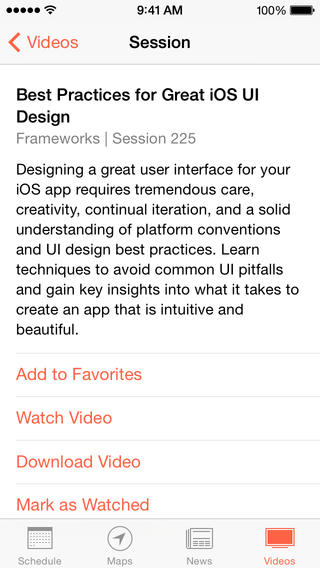 Apple last updated the app back in late May, which confirmed the company’s WWDC 2014 keynote would take place on June 2.