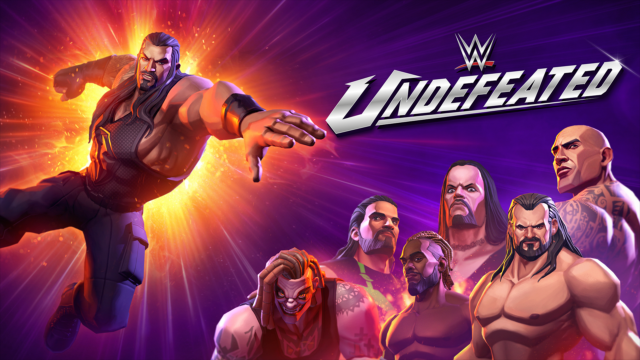 WWE and nWay have announced that the licenced game WWE Undefeated will be coming to iOS and Android on December 3rd.

WWE Undefeated has been described as a competitive multiplayer game, featuring real-time strategies. Players can go head-to-head in real-time and take their favourite WWE Superstars and Legends to the ring. The game will feature quick session gameplay set around exotic locations around the world.

Of course, with so many familiar faces incorporated in the game, players can expect to be able to pull off signature moves while facing opponents.

When speaking about WWE Undefeated, Sarah Cummins, WWE Senior Vice President, Consumer Products said: “nWay’s strong reputation for developing quality multiplayer games makes it a natural partner for us.” She continued, “WWE Undefeated will allow our fans to connect with their favourite Superstars and Legends in a fun and action-packed setting on their mobile devices.”

nWay has had a background in creating multiplayer-focused titles such as Power Rangers: Battle for the Grid, Power Rangers: Legacy Wars and ChronoBlade. The studio has always put an emphasis on real-time multiplayer, especially when developing the latter titles for mobile.

Players can pre-register for the game now to unlock various rewards. Registering in the first seven days will award additional bonuses, including in-game currency and the chance to unlock AJ Styles.

WWE Undefeated will be available on Apple’s App Store and Google Play on December 3rd.