Hot on the heels of the news that the iPhone 5S is to feature a home button with fingerprint sensor that will boost the iDevice’s security, Apple has been granted another patent that reveals more information about its iWallet concept. 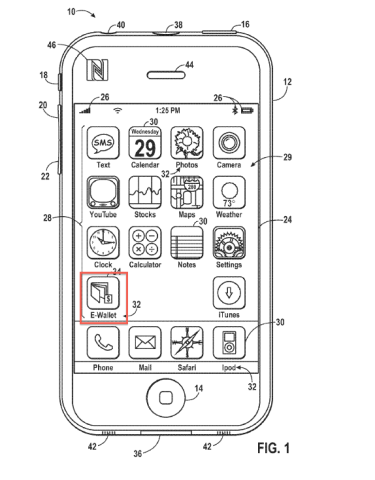 Apple has several patents published already that give us a hint as to where its research and development is heading for when the company finally decides to enter the mobile payment industry. Its Passbook app carries lots of potential, as with a small update it could become a powerful mobile payment system.

But what happens when your iPhone gets into your children’s hands, or you buy your child an Apple handset? As you already know, Apple introduced the one-click purchases with the launch of its iTunes store, which obviously raised questions of cost control if children get their hands on the system. Back then, Steve Jobs made a joke on this subject, saying Apple had plenty of great music to sell.

However, Apple was aware of this issue, and as the iWallet concept evolved, new security and cost-control details were revealed, and the patent application published Thursday just adds another piece to the puzzle by focusing on “Parental Controls”.

The invention showcases a hypothetical app, called “E-Wallet”, which allows users to have a primary account tied to a credit card, and the transactions that can be conducted with an iPhone.

But the key feature is the app’s ability to handle E-Wallet subsidiary accounts, so you can create one just to allow children or another user to access your credit card, but with controlled spending limits. 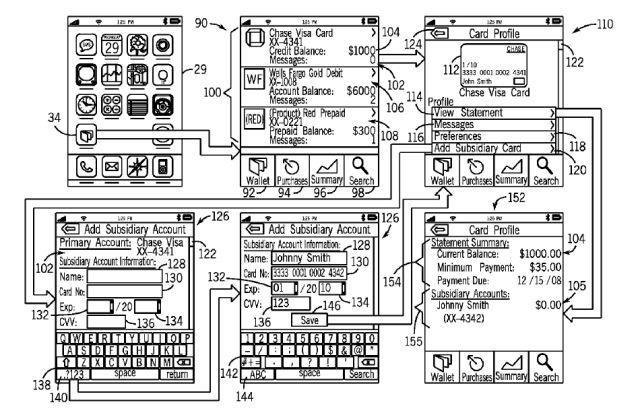 Illustrations of the patent filing reveal that the E-Wallet app would include some of the features we are already familiar with, but it also has the ability to search through specific transactions.