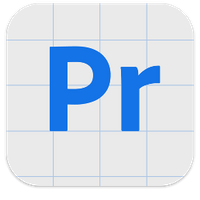 Adobe has released a beta of its ARM version of Premiere Pro on macOS. Apple’s Mac’s running on its new M1 silicon will now be able to run Adobe’s film editing software natively on the device.

Adobe released its community blog post announcing that the first beta for Premiere Pro on M1 is now publicly available. The company is expected to update the beta with new builds in the future and is actively listening to its user base and feedback. Adobe believes that releasing new builds in phases allows them to “validate performance and functionality for specific parts of the application” before adding new components. The first phase has primarily focused on core editing features and supporting a multitude of formats.

Naturally, as the software is still running in beta, there will be expected bugs and missing features to look out for if you are keen to begin testing Premiere Pro on an M1 device. Adobe has listed a series of known bugs, which states that Premiere Pro can crash if tapping the tool selector on the MacBook Pro’s Touch Bar. If you are looking at trying out the beta, it’s best to refer to the blog post for the full rundown.

Adobe has said that users can run the current release version of Premiere Pro through Rosetta 2 emulation on M1 silicon while the ARM version is still in development. Third-party integrations are still updated. Panels, plugins, and effects will all need to be updated to run on M1 by the respective developers.

Adobe’s Photoshop and Lightroom CC have also been given beta treatment since the release of Apple’s silicon last month. MacRumors has also reported that Premiere Rush and Audition have been updated to run natively on M1 silicon as well.

Fresh off the heels of the launch of Apple's HomePod (2nd-Gen), TF International Securities' Apple analyst Ming-Chi Kuo believes a successor to the HomePod mini 2 could be on its way. In a tweet thread surrounding Apple supplier Goertek, Kuo discussed that the Weifang-based components company has "secured NPI and assembly orders" for the ‌HomePod mini‌...
Steve Vegvari
13 hours ago