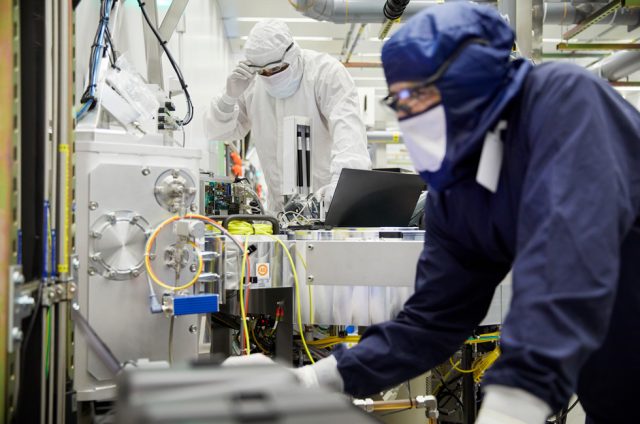 Apple has announced its plans to invest more than $430 billion in the US, adding 20,000 new jobs in the country over the next five years.

As the company begins to look past the pandemic, which has caused obvious hurdles in development, production, and release schedules, Apple is committing to investing in the US economy. Apple released a press statement outlining its plans over the next five years.

“At this moment of recovery and rebuilding, Apple is doubling down on our commitment to US innovation and manufacturing with a generational investment reaching communities across all 50 states,” said Tim Cook, Apple’s CEO. “We’re creating jobs in cutting-edge fields — from 5G to silicon engineering to artificial intelligence — investing in the next generation of innovative new businesses, and in all our work, building toward a greener and more equitable future.”

In 2018, the company set a $350 billion goal to invest in the US economy. The latest investment, which covers the next five years is a steep 20 percent increase. The investment will cover everything from direct spending with over 9000 US suppliers, data centers, capital expenditures and other domestic spending. This is said to include dozens of Apple TV+ productions across 20 states.

Perhaps the biggest announcement to come from this release is Apple’s plan to build a new campus in North Carolina. The campus will be treated as an engineering hub for the company within the Research Triangle area. This will be conducted under a $1 billion investment and will see 3,000 new jobs created in machine learning, artificial intelligence, and software engineering.

Additionally, Apple will be establishing a $100 million fund to support schools and community initiatives in the Raleigh-Durham area as well as across the state. $110 million will also be spent on infrastructure across 80 North Carolina counties with the greatest needs. Apple’s investments are expected to generate $1.5 billion in annual economic benefits for the state.

“As a North Carolina native, I’m thrilled Apple is expanding and creating new long-term job opportunities in the community I grew up in,” Apple COO Jeff Williams said in the statement. “We’re proud that this new investment will also be supporting education and critical infrastructure projects across the state. Apple has been a part of North Carolina for nearly two decades, and we’re looking forward to continuing to grow and a bright future ahead.”

Apple states that it is on track to meet its 2018 goal of generating 20,000 new jobs by 2023. With today’s latest announcement, the company hopes to see an additional 20,000 jobs created across the next five years.