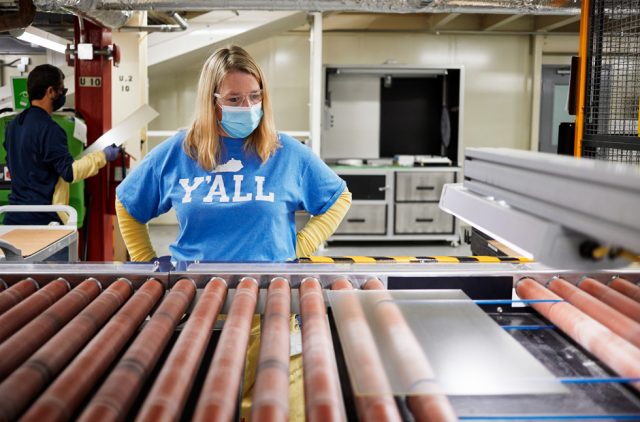 Today, Apple has announced that it is awarding Corning, the longtime glass supplier for iPhone, iPad, and Apple Watch, $45 million from the company’s Advanced Manufacturing Fund.

A statement released by the Cupertino company states that the $45 million investment would be on top of the $450 million Corning has already received from Apple’s $5 billion Advanced Manufacturing Fund over the last four years. The additional funding is said to help expand Corning’s manufacturing capacity within the US as well as “drive research and development into innovative new technologies”. Additionally, it will help Apple and Corning see its commitment to protecting the environment.

“Apple and Corning have a long history of working together to accomplish the impossible. From the very first iPhone glass to the revolutionary Ceramic Shield on the iPhone 12 lineup, our collaboration has changed the landscape of smartphone cover design and durability. Ceramic Shield is a prime example of the technologies that are possible when deep innovation meets the power of American manufacturing. We’re so proud to work alongside Corning, whose 170-year-old legacy is a testament to the ingenuity of the US workforce.”

Experts at both companies were able to collaborate and work on the development of a new glass-ceramic, strengthened by nano-ceramic crystals. The glass is produced at Corning’s plant in Harrodsburg, Kentucky. This is the same facility in which all iPhone glass is being manufactured.

The new material was enabled by a high-temperature crystallization step which forms nano-crystals within the glass matrix. Those specialized crystals are kept small enough that the material is transparent. The resulting material makes up the revolutionary Ceramic Shield, which Apple used to fashion the new front cover featured on iPhone in the iPhone 12 lineup. Prior to Ceramic Shield, embedded crystals have traditionally affected the material’s transparency, a crucial factor for the front cover of iPhone because so many features, including the display, the camera, and sensors for Face ID, need optical clarity to function.

The relationship between Apple and Corning has been strengthened by their mutual interest in protecting the environment. Corning is a part of Apple’s Clean Energy Program which is said to be “designed to advance the use of renewable energy throughout the company’s supply chain”. The Clean Energy Program plays an intregal part in Apple’s plan to become carbon neutral by 2030.
Corning has recently installed a solar panel system at its Harrodsburg facility and produces enough renewable energy to cover the manufacturing of all Apple glass in the US.