Apple Extends the Closure of U.S. Apple Store Locations Until Early May 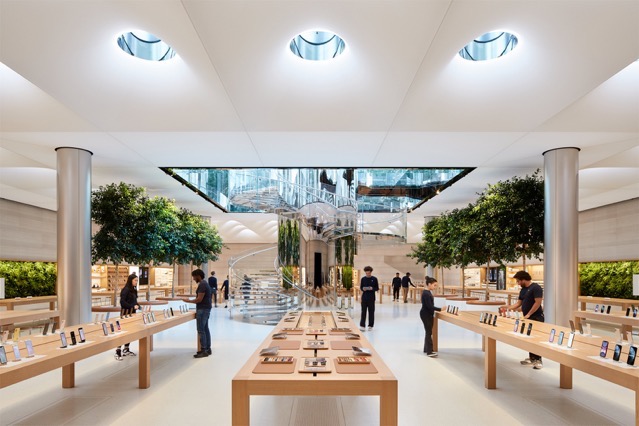 Apple has informed its retail staff in the U.S. that the temporary closure of its Apple Stores will be extended once again to early May. Work from home procedures will continue through the month of April due to the COVID-19 outbreak.

According to a Bloomberg report, Apple issued a notice to all its Apple Store employees. Penned by Apple Senior Vice President of Retail and People Deirdre O’Brien, the memo noted that “flexible work arrangements will remain in place for all offices, and all retail stores will remain closed, until early May.”

O’Brien previously informed staff that Apple Store locations outside Greater China would remain temporarily closed until April 5th. The new timeline has been adjusted likely due to the rapid increase of COVID-19 cases in the U.S. as of late.

The memo continued to say that the company is “continuing to monitor local conditions for every Apple facility on a daily basis,” and that Apple would be making “reopening decisions on the basis of thorough, thoughtful reviews and the latest guidance from local governments and public health experts.”

With over 270 retail locations in the U.S., Apple acknowledges the strain this may put on the many parents employed by the company. Per the memo, Apple is “working on options to make sure parents have the support and the flexibility to adjust their schedules as needed.” Additionally, the company appears to encourage staff to be open with management throughout the situation.

Currently, there is no update on when the 29 Apple Store locations in Canada are expected to reopen. Provincial governing bodies across the country have issued lockdown procedures through to mid-April, while some extend all the way to early May. As many have experienced, these tentative timelines could be adjusted on a week-to-week basis.

In a recent interview, Apple engineer Esge Andersen discussed how the company achieved improved sound quality regarding the AirPods Pro 2. Much of the improvements came without the integration of lossless audio and it is all thanks to improved airflow instead. Speaking with What Hi-Fi?, Andersen pulled back the curtain about the improvements to audio...
Steve Vegvari
13 hours ago