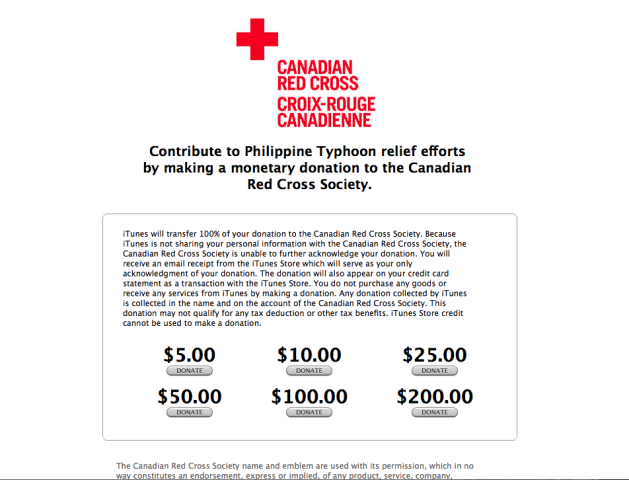 Apple customers can easily donate money to the Canadian Red Cross Society toward Typhoon Haiyan relief efforts. The company has launched a new page on its iTunes store, accessible by visiting the main Canadian Apple.com page. 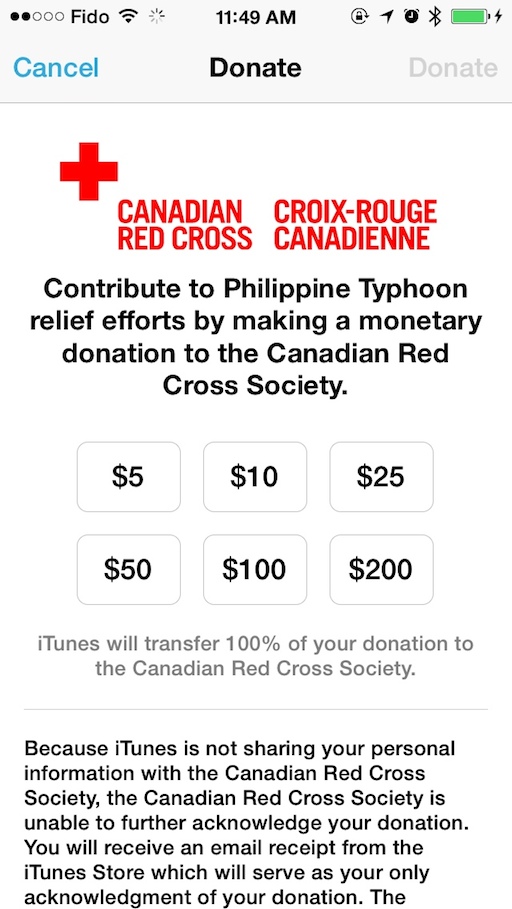 Apple is committed to transferring 100% of each donation directly to the Canadian Red Cross Society, although the latter won’t be able to further acknowledge the user’s donation.

According to UN estimates, the typhoon has affected 11.3 million people in the Philippines. The Canadian Red Cross donation page comes a day after Apple launched the initiative in the US.

For those who don’t have an Apple ID but still want to donate money, there are other alternatives as well, as we pointed out yesterday: They can text their donations to the Canadian Red Cross, the UN World Food Programme, or World Vision Canada, as described here.