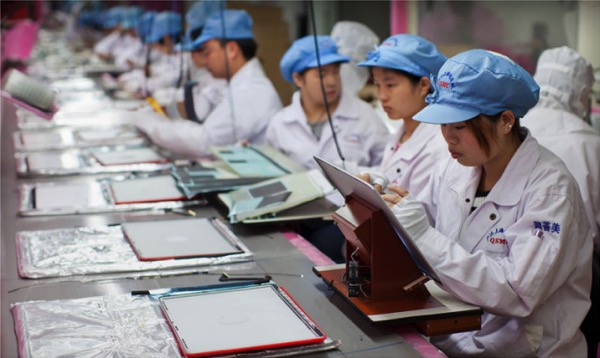 Apple is ceasing to initiate any new business contracts with iPhone assembler Pegatron following the discovery of student labour abuse within the company’s China-based facilities.

Pegatron, a Taiwanese manufacturer in Apple’s global supply chain, plays an integral part in the assembly of the iPhone. According to Bloomberg, Apple had discovered that Pegatron had been violating Apple’s code of conduct for suppliers by falsifying documents. The manufacturer had been misclassifying student workers, having some work in the facility overnight and overtime hours. Both are in direct violation of Apple’s code.

Apple has since placed Pegatron on probation. In a statement to Bloomberg, GF Securities analyst Jeff Pu said: “Pegatron’s current iPhone business should not be affected.” Though Pu did note that as Luxshare has been looked at as a new manufacturer to join the fray of smartphone assemblers, Pegratron’s future orders may be lost to Luxshare.

Pegatron has since responded to the discovery, claiming the violations had been taking place at its facilities in Shanghai and Kunshan. The manufacturer has since taken students off the production lines. In a statement to Bloomberg, the company said: “Upon discovery of this non-compliant activity, we immediately took the student workers off production lines and worked with our customer and third-party experts to make appropriate arrangements for them to return to their homes or schools with proper compensation alongside all necessary support and care.”

Pegatron has been under the microscope for quite some time. In 2017, Dejian Zeng, an NYC graduate went undercover at the Shanghai facility. Over the course of the summer, Zeng worked 12-hour shifts, making only $450/month with unpaid breaks and mandatory overtime inclusions.