After pushing out iOS 6.1 for iPhone, iPod touch and iPad earlier today, Apple has released a firmware update for Apple TV as well, that brings Bluetooth keyboard support, Up Next and better support for iTunes in the Cloud, as noted by 9to5Mac. 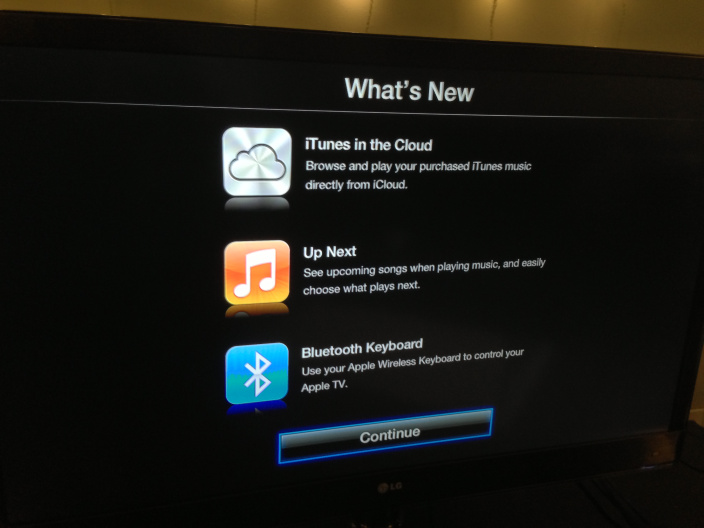 With iTunes in the Cloud, music purchased from iTunes appears automatically on all iOS devices. Users can also download their past iTunes purchases using the feature. With today’s update, users can now browse and play their purchased iTunes content directly from iCloud on their Apple TV.

The Up Next feature, which was introduced in iTunes 11, is a way to let users know what is going to play next, while Bluetooth Keyboard support will let you use your Apple Wireless Keyboard to control your Apple TV.