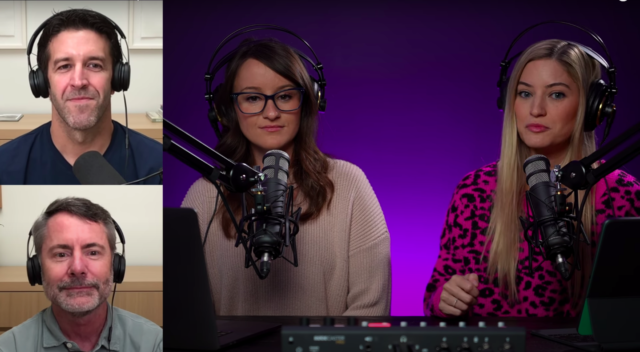 During the 38-minute long show, Ternus and Borchers discussed the development process that went into creating the fourth-generation iPad Air. Reported by iMore, one of the most poignant topics revolved around the implementation of the Touch ID sensor, which was incorporated into the power button. Borchers described the development around the new Touch ID to be “an incredible feat of engineering.”  Ternus touched on the difficulties associated with moving the sensor and how Apple engineers had to work around the narrow aspect ratio.

During Apple’s Time Flies event in September, the company unveiled the eighth-generation iPad alongside the Apple Watch Series 6 and Apple Watch SE. Ternus and Borchers touched on why the new iPad is a device made for everyone and acts as an entry point for new iPad users.

“I think, especially someone who’s new to iPad and wants to get into that experience and wants to have, again, just this incredibly great value in terms of its capability and its functionality. It’s perfect at doing all the things the original iPad, you know, did and that we said, it’s the space between the notebook and the phone. It’s perfect for reading or, you know, being on the web, email, that kind of stuff, but of course, we’ve also been bringing other technology to it. So I think with the Pencil and the Smart Keyboard, you have so much flexibility in that device.”

Ternus also touched on how iPad Pro pushes that belief forward. The iPad Pro is designed for users with focused tasks like photo editing, video editing, and AR to take advantage of the hardware. “I think it’s been huge for creative pros and artists and anyone who wants that extra space,” Ternus said during the interview.

Borchers also brought up peripherals such as Apple Pencil, one of the products that are becoming a pillar to the iPad family. “We’ve got this variety of screen sizes and processor capabilities and camera quality and price points, all these areas to choose from,” Borchers said. “But we also shouldn’t lose sight of the fact that across the line, you can use Apple Pencil.”

Apple’s new iPad Air is also compatible with the second-generation Apple Pencil as well as the Magic Keyboard.