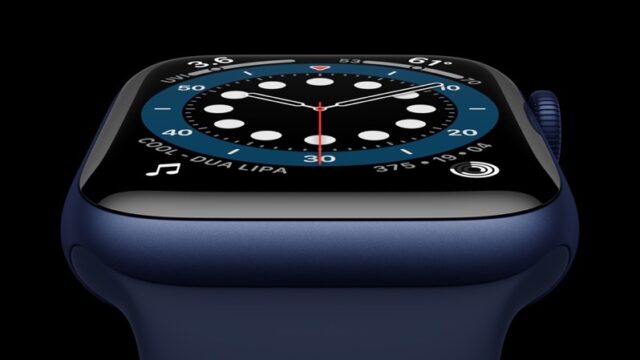 Apple’s next Apple Watch speculatively referred to as the Apple Watch Series 7, will reportedly feature a faster processor, Ultra-Wideband technology. Additionally, the unannounced device may also sport thinner bezels thanks to a lamination technique.

Word comes by way of Bloomberg‘s Mark Gurman who reports that Apple is unsurprisingly developing a new Apple Watch for release this year. As the company continues to improve health and wellness features, the company is also looking to improve the display of the device as well as improve the speed and functionality of the Apple Watch Series 7. According to the report, the Apple Watch Series 7 is said to be treated as a refresh of the device line.

For this year’s model, Apple has tested thinner display borders and a new lamination technique that brings the display closer to the front cover. The new Watch is likely to be slightly thicker overall, but not in a way that’s noticeable to the user.

Alongside a new lamination technique, Apple hopes to introduce Ultra-Wideband functionality to the Apple Watch. Ultimately, this is said to use the same technology the AirTags possess. During WWDC, Apple previewed the upcoming watchOS 8 update and demonstrated that Apple Watch devices will soon be able to lock and unlock doors.

At one point Apple aimed to incorporate biometric sensors including body temperature sensors as well as blood sugar sensors. These would be aimed to monitor the wearer’s body temperature as well as glucose levels for diabetics. However, plans were unfortunately pushed as these features are now said to be positioned for 2022’s model. Additionally, an extreme sports edition was previously planned for this year. Again, it appears as though it won’t release until 2022 at the earliest, according to Gurman.