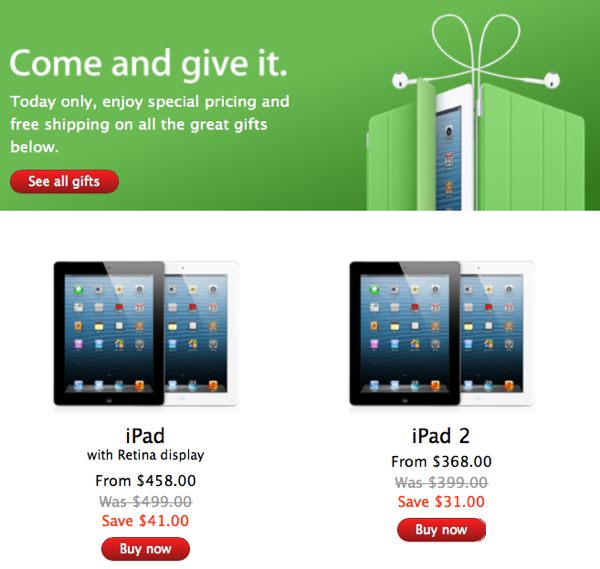 Apple has kicked off their 2012 Black Friday sale in Canada. Earlier today we got a glimpse of what to expect when the sale went live in Australia (such as the iPad mini being excluded). Here are the savings you can get right now both online and in-store:

No real surprises as the discounts are on par with what we saw earlier.

For a comparison, here are the savings from last year’s 2011 Black Friday sale:

If you’re shopping online, don’t forget to go through the Aeroplan or Air Miles shopping portals to visit Apple.ca–both are offering double the miles for today’s sale.

What are you buying today?