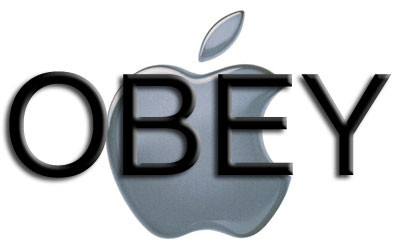 First of all, let’s get one thing straight: I am not an Apple “fanboy”. I am not an “iSheep”. Or at least by my definition. Yes, those people do exist, but I am not one of them.

This article is about my experience as an Apple fan. In other words, someone who simply prefers Apple products to the competition. As someone who 1) owns Apple products including a MacBook, iPad, and iPhone, and 2) writes for an iPhone blog, I’m constantly given the “fanboy” label by family, friends, and acquaintances.

I also believe I speak for many other non-“fanboy” Apple fans out there, so when I say “I”, I should really be saying “we”.

This article is not going to be an iPhone vs. Galaxy S3 debate, a Windows vs. Mac debate, or similar arguments of any sort. Been drawn into those types of conversations one too many times, really not interested in doing it again.

So … why are we not “fanboys”? (Even though I’m writing for an iPhone blog, literally right this very second?) Or “fangirls”, for that matter?

Well, first let me share what I think this definition is. To me, the term represents someone who blindly purchases every Apple product, regardless of facts, reason, or knowledge to the contrary. They are completely oblivious to any of the other technology options, because they are convinced the Apple product must be the best, without even doing further research, that might prove otherwise.

Therefore, they feel the need to constantly defend their choices, and give their opinion on why Apple is the greatest, without even being asked for it. They get offended and/or upset when someone slags their beloved products, and also let’s face it – they’re usually nerds. (Not that there’s anything wrong with that!)

So, I’ll now use myself as an example. I do not purchase every Apple product. I don’t have Apple TV. I don’t use iWork software. I don’t buy every iteration of the iPad. I don’t own an iMac. I don’t have a Time Capsule.

I’m certainly well aware of the other choices out there. I use a PC for eight hours a day at my job. I own MS Office for Mac. I use Gmail. I’ve used many Android phones. I have friends and family that own them, and I’ve spent hours using them, for comparison’s sake. I’ve used a BlackBerry Playbook. I read most of the major technology blogs (both Apple and other,) understand the facts, and listen to other people’s opinions about non-Apple stuff.

But most importantly: I’m open-minded. I understand the pros and cons of Apple products, when compared to other technology.

So why then, when given the choice, do I usually choose Apple? It boils down to two words, and I cannot stress this enough: personal preference.

I’m the proud owner of a new iPhone 5, so allow me to use this as an example. (Yes I know, I said I wouldn’t debate about this, but ok, maybe I will just a little. So sue me. An example is required to make my point.)

Before purchasing the iPhone, I did my research. I’m aware of the features and functionally of its current biggest rival, the Galaxy S3. I’m aware that it has some features the iPhone 5 does not. I’m aware that in some ways it is superior. And as stated before, I’ve certainly spent a significant amount of time using one.

So again, it’s down to personal preference and opinion. And here’s mine: I don’t like the S3. It’s too big, I find it ugly, and it feels a bit more cheap. The iPhone 5 is an amazing piece of technology. It’s small, thin, light as a feather, while still feeling extremely well-made and sturdy. The screen is amazing – bright, crisp, and extremely detailed. It’s lightning fast, and iOS (while being admittedly a bit stale,) is still my favourite mobile operating system, hands down.

But again, that’s just me. If you don’t share this opinion, that’s fine.

While I don’t blindly follow Apple, I do have a certain amount of trust in them. Yes, the iOS 6 Maps app is a complete debacle. No about about that. But, do I trust that they’ll fix it. At the very least, they’ll do the right thing: if they cannot fix it, I believe they’ll allow Google Maps in the App Store. Alternatively, there is always good ‘ol maps.google.com!

Not everything Apple does is gold. They’ve had their share of dumb mistakes. But, what tech company doesn’t? Apple’s mistakes tend to get the most coverage, (especially lately,) because they are hated almost as much (if not more) as they are loved. But, they usually do things right. In general, when Apple says they are going to do something, they usually do, and they do it well.

When someone asks me my opinion about Apple, sure I’ll give it. But I certainly don’t tell them to “buy Apple, because it’s like, you know, the best, and stuff.” I try to give them facts, both pros and cons. I tell them to do some research themselves. Most importantly – I tell them to try out the various options, and decide for themselves what is best.

Deciding on an iPhone 5 versus a Galaxy S3? At the end of the day, they are both great choices. Both are very capable, well-designed smartphones, loaded with features and functionality. Try them both out, and see which one you like best. Then make your decision! (But errrrr …. please just don’t buy a BlackBerry!)

So in conclusion, I continue to be an Apple fan for the foreseeable future, until something better comes along. If and when that does happen, I’m not opposed to making a switch.

In the meantime, I’m sure I’ll continue to be constantly bombarded by every anti-Apple sentiment, article, video, commercial, comedy routine, etc. etc. etc. across every major social medium: in person, e-mail, Twitter, Facebook, and even the comments section below this article! There will always be the haters.

But you know what? Bring it on. Technology is my hobby, I’m an Apple fan, (not a fanboy,) and I look forward to hearing all of it!