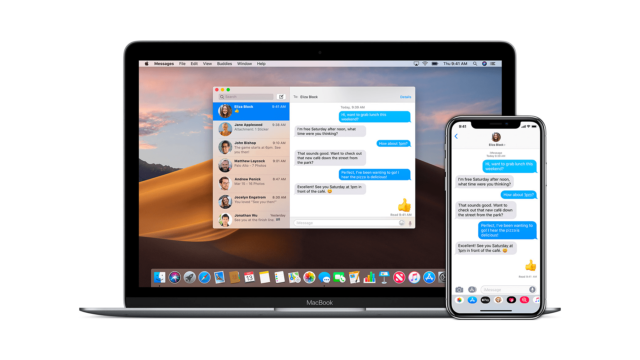 Apple executive Eddy Cue attempted to bring the iMessage app to Android devices back in 2013, as discovered during a new deposition made public. The deposition in question was a part of the ongoing case between Fortnite‘s Epic Games and Apple itself.

Senior VP of software and services, Eddy Cue is said to have pushed to have a full team work on bringing iMessage to Android devices. Cue’s proposal was eventually overruled, as reported by The Verge. Extracted from the desposition, email changes between Cue and Apple’s Craig Federighi had come to light. Starting on April 7, 2013, during a time when Google was reportedly attempting to puchase WhatsApp, Cue proposed Apple consider bringing its messaging app to Android.

“Do we want to lose one of the most important apps in a mobile environment to Google? They have search, mail, free video, and growing quickly in browsers,” Cue wrote in an email. “We have the best messaging app and we should make it the industry standard. I don’t know what ways we can monetize it but it doesn’t cost us a lot to run.”

Federighi responded by writing, ““iMessage is a nice app/service, but to get users to switch social networks we’d need more than a marginally better app.” He also raised his concerns of an apparent “absence of a strategy to become the primary messaging service for [the] bulk of cell phone users”. Federighi also stated that he is “concerned [that] iMessage on Android would simply serve to remove an obstacle to iPhone families giving their kids Android phones.”

Cue’s efforts to bring iMessage to Android was ultimately overruled by other Apple executives as well. During the desosition, the questioner asked Cue ““Do you believe that not having iMessage on Android has created an obstacle to families giving their kids Android phones?” In response, Cue responded by saying, “No, not at all.”

It does appear that internal discussions regarding the migration of core Apple apps coming to Android have subsided. Although iMessage is likely to never come to Android, the deposition provided a look at what could have been.

The lawsuit between Epic Games and Apple will continue with executives from both companies testifying in-person at the antitrust trial beginning on May 3, 2021.