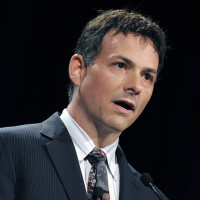 In an unexpected turn of events, a US judge has granted Greenlight Capital owner David Einhorn a victory in court against Apple on Friday, Reuters reports.

Although Tim Cook called Einhorn’s lawsuit a “silly sideshow”, the judge thought it was something different: It granted a motion by Einhorn’s fund for a preliminary injunction stopping the shareholder vote on a controversial proposal to limit Apple’s ability to issue preferred stock.

The shareholder vote was scheduled for Wednesday, 27 February as part of the company’s annual stockholder’s meeting.

Einhorn owns about 1.3 million Apple shares, and it was counted as the Apple advocate in Wall Street. However, he has been imploring Apple CFO Peter Oppenheimer for months to have the company issue dividend-paying preferred shares to reward investors and juice the stock price.

He was disappointed to see, though, after receiving Apple’s 7 January annual proxy statement, that Apple’s proposal would make it difficult for the company to issue preferred stock. In reply he sued Apple, claiming the company’s proposal would restrict the board’s ability to unlock the value on Apple’s balance sheet.

Apple replied in a statement, saying it will evaluate Einhorn’s proposal, but they eventually ended up in court. And today the judge favored Einhorn.