Ferrari Teams Up with Apple for iPad and Siri Integration

The luxury carmaker Ferrari SpA will expand their partnership with Apple on in-car entertainment over the next few months, Chairman Luca Cordero Di Montezemolo said, as cited by Bloomberg. 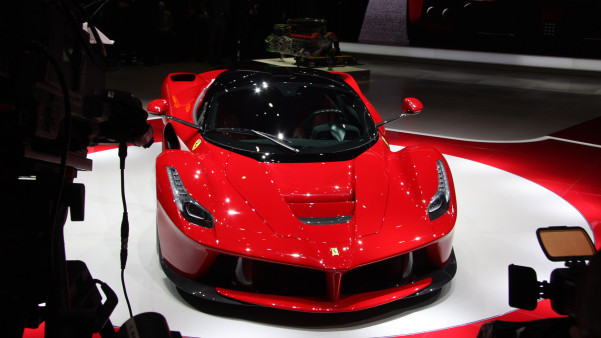 And the fruit of this partnership can be seen in the recently unveiled 963 horsepower, 1 million euro hybrid model “LaFerrari”. This amazing vehicle was unveiled today at Geneva sporting seamlessly integrated Apple technology, including direct access to the infotainment system via Siri voice commands along with two iPad minis serving as the entertainment system of choice for the rear passengers, as the press release highlights.

“We chose to call this model LaFerrari,” declared Ferrari’s President, Luca di Montezemolo , “because it is the maximum expression of what defines our company – excellence. Excellence in terms of technological innovation, performance, styling and the sheer thrill of driving. Aimed at our collectors, this is a truly extraordinary car which encompasses advanced solutions that, in the future, will find their way onto the rest of the range, and it represents the benchmark for the entire automotive industry. LaFerrari is the finest expression of our company’s unique, unparalleled engineering and design know-how, including that acquired in Formula 1.”