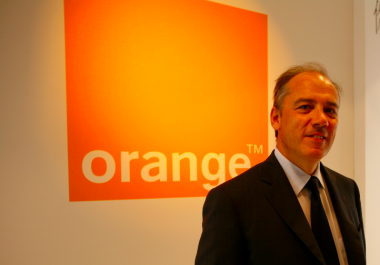 France Telecom’s CEO, Stephane Richard, told a crowd of reporters at a media dinner in Barcelona Apple has become an easier company to deal with under the leadership of CEO Tim Cook, AllThingsD reports.

“Apple has [become] more flexible, paying more attention to everyone else, probably a little less arrogant than they used to be,” France Telecom-Orange CEO Stephane Richard said during a dinner with reporters in Barcelona on Monday. Characterizing today’s Apple with the same company under Steve Jobs, Richard said, “I think they are probably a little more under pressure, and it is quite nice.”

Stephane also sounded off about the status of Apple and Samsung in the smartphone world, saying the market is not large enough to support so many competitors but a strong third option will emerge. He downplayed Windows Phone 8 devices and noted Nokia phones no longer have the ‘spark’ compared to Apple and Samsung:

“The Nokia family in my opinion is nice, but there is no ‘wow’ effect,” Richard said. “When you have a market with very steady players like Apple and Samsung, you need to have a ‘wow’ effect.”

He praised BlackBerry CEO Thorsten Heins for doing a great job, but is “not sure they will be successful,” even though they have a loyal user base unlike Nokia.