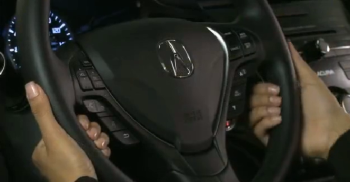 Following its iOS in the Car launch, Honda today announced that select Honda and Acura models will come with Siri Eyes Free as a dealer accessory. Customers interested in purchasing a model with this feature can choose from the 2013-2014 Honda Accord and 2013 Acura RDX and ILX models.

The feature allows iPhone, iPad, and iPod Touch users to drive without taking their eyes off the road, while putting Siri to work using the car’s integrated microphone and speaker.

The current tasks are listed as follows: