A Brazilian company, IGB Electronica SA, claims it owns the iPhone trademark, and it recently announced the launch of a new line of Android phones under the IPHONE brand Macrumors reports.

According to a Reuters report:

The first model will be called “Neo One,” IGB said in a securities filing. The company was formed this year after the restructuring of Gradiente Eletronica SA, which had applied for exclusive rights in Brazil to register its products under the name IPHONE in 2000. 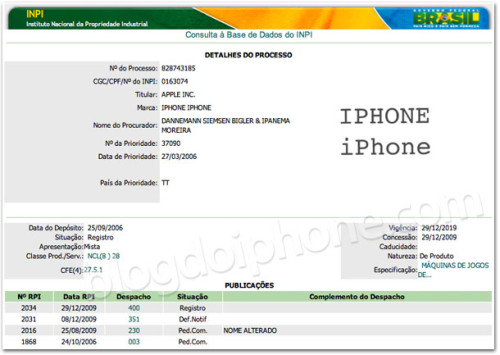 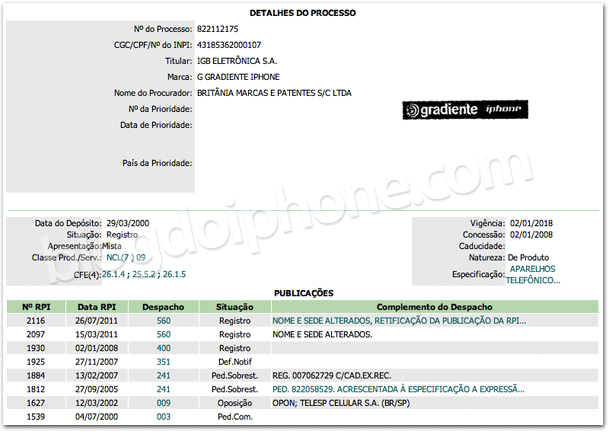 Meanwhile, Apple filed its application with the Brazilian Patent Office back in 2006, and as the above image shows, is the rightful owner of the trademark. Furthermore, it seems IGB Electronics has the right to use the “G gradiente iphone” brand only, as Apple was careful to patent both “IPHONE” and “iPhone” brands.

For Apple, Brazil is a country of intense interest — the next target after China, as Tim Cook put it — and it seems they have already started manufacturing the iPhone and iPad mini(?) in Foxconn’s Brazilian plant.