A patent application from Apple published by the US Patent & Trademark Office reveals a stunning future iPhone concept, that features a wraparound display allowing both sides of this iPhone to display content, either individually or as one continuous display, reports Patently Apple. The same wraparound display concept may be applied to the much rumoured Apple iWatch. Moreover, the flexible display can be fashioned in aluminum, aluminum and glass or a fully transparent design. 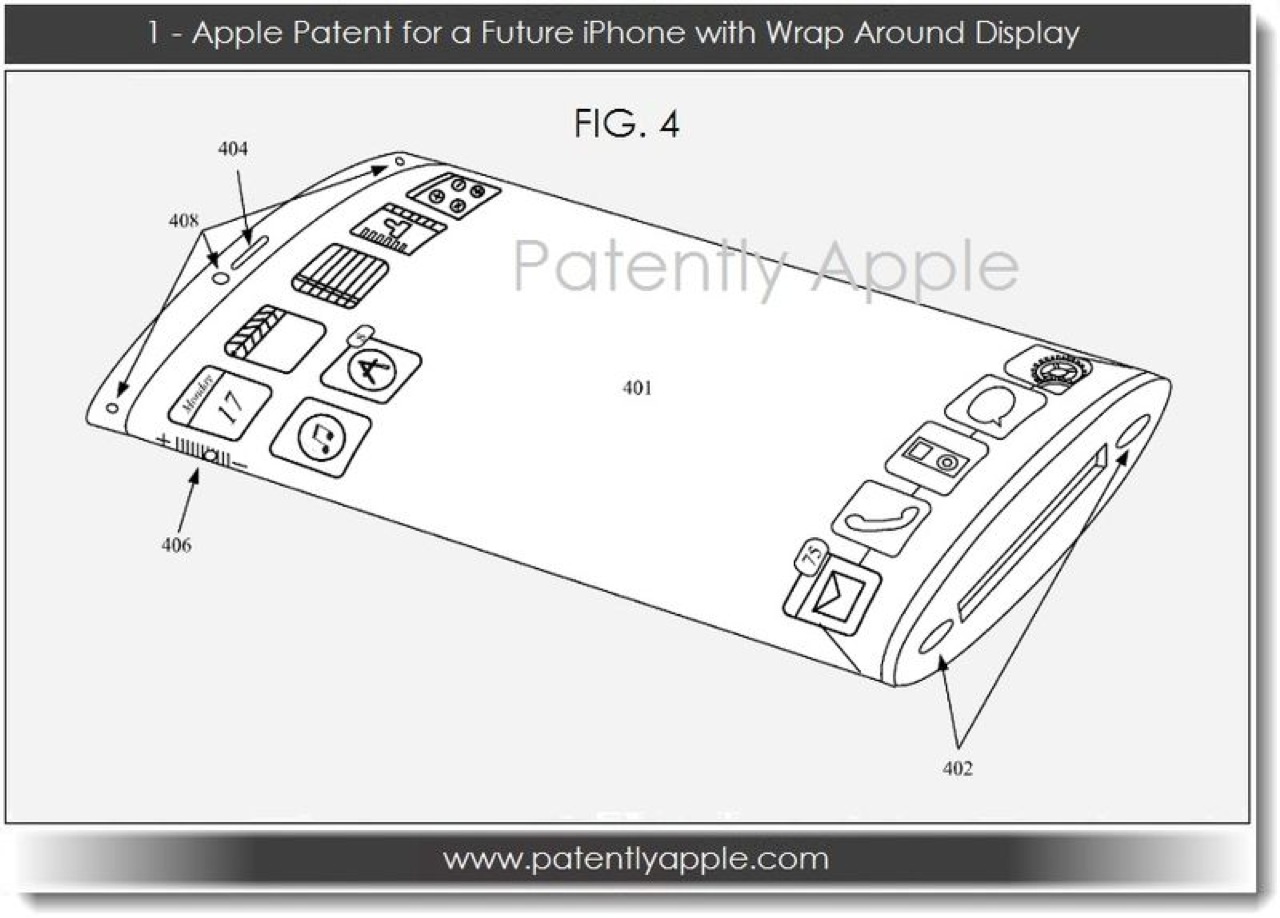 The wraparound display can easily be labelled as one of Apple’s hottest inventions of the year. Future iPhones can support 3D visuals through this unique dual display design. The patent filing describes at least one embodiment in which a consumer electronic product features a transparent housing and a flexible display assembly enclosed within the transparent housing.

“Apple’s patent shows a perspective view of a possible future iPhone design with a wraparound display which substantially increases the available display area that can be used for display of icons, data, images, video and such. Note that while the design is illustrating an older 30 pin connector, Apple’s Lightning had yet to be announced. Patent illustrations are to represent a general overview and not necessarily the exact design. We can full expect Lighting to be implemented should Apple use this design in the future”.

The figure demonstrates that up to five application icons can be presented across the span of the width of display, while the microphone and speaker suggest the device could be used as a future iPhone.