Reports claiming that the Department of Defense will switch to iOS and Android started surfacing back in October. Another wave of reports followed earlier this month, saying that CACI International Inc. would modify thousands of iPads for government use. And finally today, the Pentagon has issued a statement confirming its plans to open up its network to 100,000 new smart devices, iOS and Android combined, by February 2014. 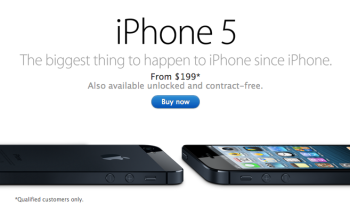 “This is not simply about embracing the newest technology –- it is about keeping the department’s workforce relevant in an era when information accessibility and cybersecurity play a critical role in mission success,” Teri Takai, the department’s chief information officer, said in a statement.

The US government was BlackBerry’s strongest customer base, but it seems like the company is losing field in the battle for customers in this area. The news comes after earlier reports revealing the US Department of Defense’s plans to deploy up to 8 million devices, with Apple’s iOS devices taking an undisclosed percentage of them.

Furthermore, other US agencies have also ditched their BlackBerries in favor of the iPhone during the past year. But the Department of Defense has one more step to do before the devices will get into the hands of the employees: it has to select one or more companies to develop and manage the necessary software for the planned 8 million devices.

Currently, there are about 600,000 handsets used by Pentagon. The Pentagon stated that networks currently have roughly 470,000 BlackBerries, 41,000 iOS devices and 8,700 Android handsets.