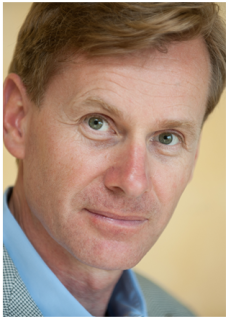 There are some cases when you don’t need to participate in a job interview to reserve a place in the elite group of Apple University. This is the case of Morten T. Hansen (via Fortune), another brilliant mind that joined the secretive program Steve Jobs initiated back in 2008.

According to a weekend edition of the Verdens Gang, Norway’s second largest newspaper, Apple has hired Morten T. Hansen, a “rising star” at UC Berkley’s School of Information and co-author with Jim Collins of the Great by Choice bestseller.

The Apple University was founded by Jobs as kind of in-house MBA program, and the first step was to hire the controversial dean of Yale School of Management, Joel Podolny, who become silent the moment he signed the contract with Apple.

According to Kjetil Lyche – the New York-based Norwegian author of Verdens Gang article – Hansen joined the secretive Apple University after he first turned down the offer during a face-to-face meeting with Jony Ive and Tim Cook back in 2009.

But Apple approached him once again before last Christmas and – since he agreed – hired him without an interview with the starting date of January 28, 2013. Just like the aforementioned two, Hansen has clammed up as well, but Lyche found that Hansen’s job is to give seminars and advice. And he did share some information about what he found when he got to Cupertino.

“Believe me, there are many talented people there,” he says. “It’s not like it was just Steve Jobs who ran the company.”

He estimates that of the company’s 70,000 employees, 800 are currently in leadership positions or are potential future leaders.

He’s working now with an elite group that he describes as “the best there is” at Apple.