Sharp’s iPad display production has dropped to a minimal level due to a gradual slowdown recorded at the end of last year. Consumers seem to prefer the iPad mini over the 9.7-inch iPad, the Reuters report suggests, although its sources didn’t speculate as to whether the slowdown can be attributed to seasonal changes in demand or consumers opting for the smaller iPad mini. 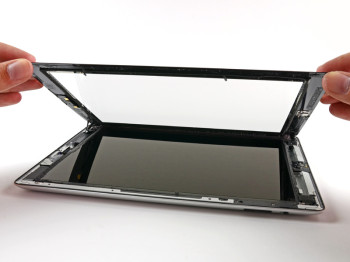 The news comes hot on the heels of Apple cutting down iPhone 5 screen and other component orders due to low demand.

Although there is no specific reason to get alarmed — especially Apple stock holders — Macquarie Research estimates that iPad shipments will drop by nearly 40% in the current quarter from 13 million in the fourth quarter of last year, although the total numbers will show a much smaller decrease due to high iPad mini sales.

When contacted by Reuters, sources at Samsung Display said there wasn’t much change in its panel business with the Cupertino company, which, as we previously reported, is gradually reducing panel orders from the South Korean manufacturer.

Another Apple display supplier, LG Display, was also contacted, as sources revealed that iPad screen production in the current quarter had fallen from the December quarter due to lower demand, but this is typical after a busy holiday season.

If Sharp is cutting down iPad display output, this could also mean earlier analysts estimates talking about iPad mini sales eating into iPad sales were right, as consumers are likely to choose a smaller and cheaper tablet rather than paying a premium for a 9.7-inch Retina Display.