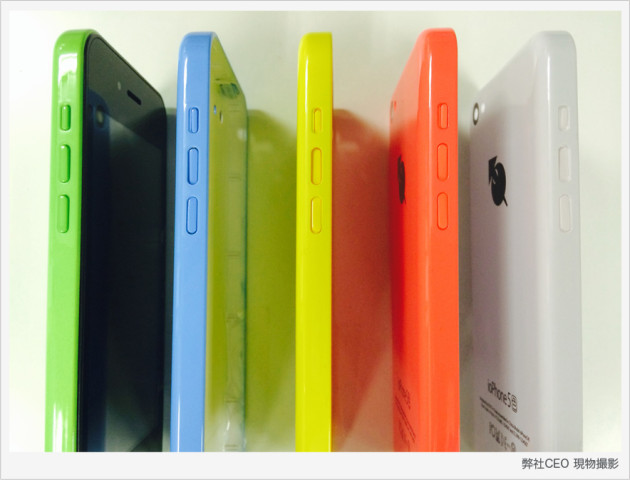 The iPhone has become Japan’s best selling smartphone, with a 37% share of the market reported in November. Its popularity has prompted copycats to launch their own version of the colourful iPhone 5C. The “only problem” is . . . they are running Android.

According to the Japanese blog Ascii.jp (via CNET), Japan’s Iosys will start marketing a smartphone that looks exactly like the iPhone 5c on Friday. There are two main differences, though: it costs only a fraction of the iPhone 5c’s price, and the operating system differs from what you find on the Apple-made iPhone 5c.

However, if you start looking at the tech specs, other differences pop up: the ioPhone5 sports a 480 × 854 resolution screen, 512 MB of RAM, a dual-core Mediatek chip, 4 GB of flash storage and a 2-megapixel camera.

From the outside the ioPhone5 and the iPhone 5c look almost identical, but their prices are very different: the ioPhine5 starts at $150 (15,490 yen).