Apple CEO Tim Cook, who took over the company as a successor to the late Steve Jobs who passed away in October 2011, has seen a 99% drop in his pay package after his first full year as CEO of the company, reports Reuters. 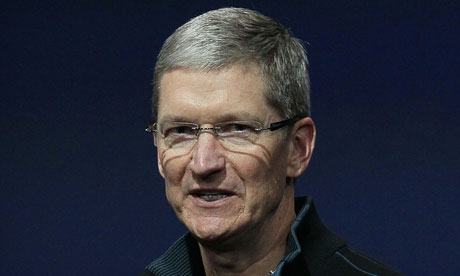 The 2012 compensation package for Cook, who took over as chief executive in August 2011, also seemed a pittance compared with his 2010 pay, which was 14 times higher, when the executive served as chief operating officer.

The maker of the iPhone and iPad noted that Cook will not receive any stock awards for 2012 after he was given about $376.2 million in stock awards the year before. The stock awards vest over many years.

Though Apple’s stock price has dropped significantly since October, its present value is still 35% higher than when Cook assumed the CEO role.

In a recent interview, Apple engineer Esge Andersen discussed how the company achieved improved sound quality regarding the AirPods Pro 2. Much of the improvements came without the integration of lossless audio and it is all thanks to improved airflow instead. Speaking with What Hi-Fi?, Andersen pulled back the curtain about the improvements to audio...
Steve Vegvari
13 hours ago