The China Times reports (Via The Next Web) that TSMC is close to achieving 100% market share on its 28 nm chip process and the company chairman and CEO Morris Chang expects wafer shipments to triple in 2013, which could signal an imminent Apple deal. 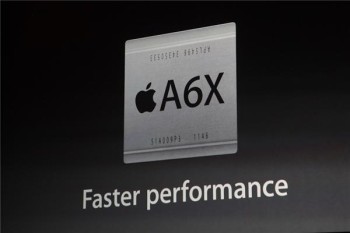 28 nm chips accounted for roughly 12% ($2.1 billion) of Taiwan Semiconductor Manufacturing Co’s total revenue, and this year the company CEO expects this to reach $6.2 billion after a record holiday quarter revenue of $4.5 billion and net income of $1.4 billion, driven by the demand for 28 nm, 40 nm and 65 nm wafers, which accounted for 63% of total wafer revenues.

Chang’s comments suggest that Apple and TSMC are likely to enter into an agreement ‘confirming’ earlier rumours that Apple has placed A6X chip orders with the largest Taiwanese semiconductor manufacturer in the first quarter of 2013. The A6X chip is currently produced on a 32 nm process by the South Korean Samsung, but a shift to 28 nm could result in improved performance and lower power consumption for upcoming devices.

Looking even farther ahead, TSMC is said to be investing roughly $9 billion, and part of it is going on the next-generation 20 nm production line as customer interest — and Apple is a very likely customer — is strong given its benefits to power consumption and performance.